The Good Guys are the top retail store that savvy Australians travel to in order to pay less for all sorts of appliances and home electronics. As one of Australia’s leading consumer household appliance retailers, Good Guys has been delivering quality electronics, at competitive prices since 1952. Originally named the ‘Mighty Muirs’ after its founder, Ian Muir, the retailer rebranded in 1998 to become the enormous success The Good Guys is known as today. The store itself has over ninety-six storefronts across Australia and five in New Zealand.  The Good Guys plan to open their 100th store in North Lakes, Queensland in late 2015.

When Ian Muir began selling retail electrical goods in the Essendon, Melbourne in 1952, his initial sales were slow. It took him until 1992 to open 14 stores across Victoria and Queensland trading.

The store chain was taken in a new direction in the 1990s, when Ian’s son Andrew came on board and they renamed the chain of stores “The Good Guys”. From that point on, the chain grew quickly and a strong ad campaign brought The Good Guys into living rooms across Australia, making the chain a household name. between 1992 and 1998, the rapid expansion brought a number of storefronts in Australia. By 2009, the chain had grown to 89 stores across Australia. In 2012, there were 97 stores in Australia. In January 2010, The Good Guys decided to expand into New Zealand, opening their first store in Wairau Valley. Today, there are now five stores across the Auckland metro area.

The Good Guys are now one of Australia’s top ten largest private companies. They’re also an award-winning franchise. Recipients of the first Choice award for the best retailer in 2010, The Good Guys also later won the annual Roy Morgan Customer Satisfaction Award in 2011. Their popularity, in part, is due to their establishment of long-term relationships with customers. Instead of selling merely out-of-the-box appliances and electronics, they focus on providing solutions. They maintain contact after a purchase primarily through their concierge program, which is discussed later. They also offer price guarantees and no-fuss exchanges on faulty merchandise, which makes many customers feel more comfortable shopping there.

Good Guys stores are warehouse-sized operations, carrying many varied brands and offering great sales and specials. They credit this their ability to buy in bulk and a recent change in the way they keep inventory. They now track all their inventory in a centralised database, for all the store locations as well as the online Good Guys catalogue.

The Good Guys catalogue feature great deals, sales and specials on many of Australia’s leading appliance makers and international favourites as well.

Low Prices And Guarantees At The Good Guys

If you’re wondering why they chose the “Good Guys” name, it may have something to do with their store philosophy. The company offers a 30-day price guarantee that is unheard of in most retailers. It works like this:  If you happen to buy a new entertainment system and run across a sale of it at a lower advertised price at a competing store, you’ll not only get a refund. You’ll get a 120% refund on the price difference between the two products.

Good Guys says they’re able to do this because they have an online catalogue that’s kept up-to-the-minute with their competitor’s sales. They have a department that is dedicated to price-checking the inventory and updating prices to match or beat the competition, five times a day.  Their focus is on the biggest retail rivals Harvey Norman, JB Hi-Fi and Dick Smith. Much of their sales have moved to their online store nowadays, where people can price comparison real-time. Every once in a while, somebody gets lucky, and they’re able to find a lower price before The Good Guys update their prices.

It’s always worth a quick product search on another website so you can get some cashback. Don’t be afraid to shop around online to find the best price and return to the Good Guys Catalogue online.

The Good Guys Live Up to Their Name With Good Works 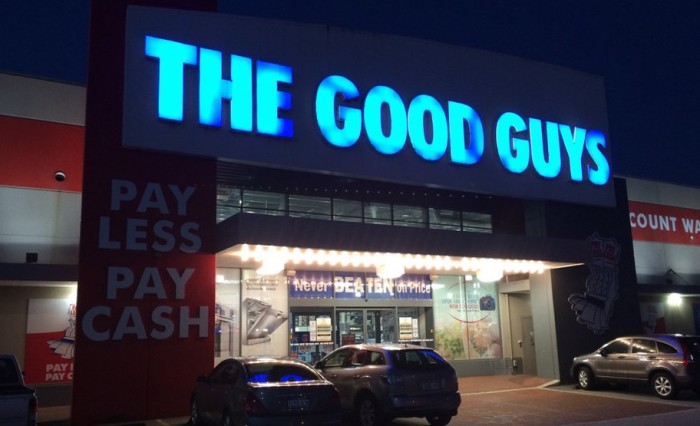 The Good Guys lives up to its name when it comes to being a good member of its community. They establish their charitable ventures through their aptly named “The Good Foundation”. Through the foundation, they partnered with celebrity chef Jamie Oliver and the Queensland state government to help create the first Australian Ministry of Food centre in Ipswich.

The Foundation was established with a firm aim at social justice in Australia, and plans to create, support and nurture programs and organization that are focused on improving the health and general well-being of communities across Australia. Individual Good Guys stores also participate in a Local Giving Program. Through the program, portions of their sales go to local nonprofit organization. They usually choose several charities to partner with.

Good Guys offers an unmatched after-sales support system through their Concierge program. After-service options include fast and reliable repairs through an approved network of certified repair people and helps make arrangements for expedient repair services. This is true even if you didn’t originally purchase an appliance at The Good Guys. Part of this guarantee ensures that major repairs are completed within thirty days, or Good Guys will provide you with an equivalent replacement product. They also handle any shipping or handling charges involved in repairs and service.

The Concierge program also offers a comprehensive loan and replacement service if your appliance will be out of service for more than ten days. This is great news if an essential appliance like a refrigerator or stove is caught up at the repair shop. It’s also a great deal if you’re waiting on a big football game and your TV is in the shop.

For repairs of appliances and electronics that are valued at less than $250, the Concierge program will go ahead and get you a suitable replacement so you don’t have to wait any time for repair.

Finally, the Concierge program will compensate you if your washing machine, stove or cooktop take longer than ten days to repair. Concierge plan members will receive a clothing allowance for broken washers, a $100 dinner allowance if you’re left without a stove to cook on, and even

A $100 entertainment allowance if your TV will take longer than 10 days to repair.

They will also compensate you for tangible losses due to equipment failure. You’ll be eligible for a food spoilage reimbursement of up to $200 to replace spoiled food if your fridge or freezer fails.

If you travel overseas with your product and it breaks, you’ll be able to be reimbursed for any fees incurred to fix it. This is great news for business people giving presentations or others who use audiovisual equipment regularly. Concierge is a great investment if you’ve spent a good share of money on a purchase.

For computer buyers, you’ll get sixty days unlimited Tech Support over the phone for any technology purchase over $250, even if you just need help installing software or hardware or come across an error during an upgrade.

Make sure to keep Concierge in mind if you browse the catalogue online and are considering a major purchase. It will save you a lot of money in the future! 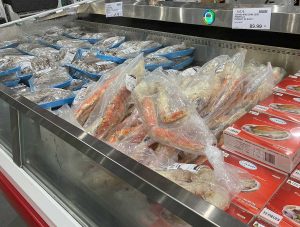